The Ultimate Guide to Green Tea: Health Benefits and The Best Types

Green tea has been popular among tea drinkers in Asia for centuries. It's a key component of traditional medicine in China and has been revered for its health benefits. Today, it's one of the most widely consumed beverages from India and China to the United States and South America.

This ultimate guide will show you everything you need to know about green tea. Discover how green tea is made, learn about its health benefits, and unearth new flavors and varieties.

Green tea is generally light yellow to pale green in color. Matcha green tea is the exception, boasting a vibrant, rich green hue. Green teas may taste vegetal or earthy depending on their production process and origin. In general, green tea is considered herbaceous and mild compared to stronger teas such as black tea.

One of the most significant bits of evidence for green tea's heart health powers is the conclusion of a large study of 40,530 people in Japan. The Journal of the American Medical Association found that people who drank at least one cup of green tea a day had far lower risk of mortality from cardiovascular disease (1).

It's important to note that research shows that green tea tends to work better for some ethnicities. People of Asian descent have demonstrated better results when it comes to green tea and weight loss acceleration.

The impact of green tea on metabolism can also be weakened when it is combined with caffeine. Researchers recommend consuming less than 300 milligrams of caffeine to preserve the weight loss effects of green tea. Green tea is an excellent weight loss aid when used as a replacement for sugary sodas, regardless of ethnic background.

In recent years, green tea has emerged as a potential cancer-fighting agent. The National Cancer Institute has posted a fact sheet on the effects of green tea on cancer. The fact sheet details a meta-analysis of numerous animal and laboratory studies showing green tea helps prevent the spread of tumors (3).

Research shows that drinking at least three cups of green tea can help prevent mutations in cells that cause cancer. These cancer preventative properties are mainly attributable to powerful antioxidants in the tea leaves.

Green tea contains an antioxidant known as EGCG or epigallocatechin gallate. This tea catechin fights free radicals, which can cause oxidative stress and certain types of cancer. Oxidative damage is essentially the body's form of rust where cell damage occurs and body processes are broken. Research is still ongoing, but studies have shown green tea may help prevent the growth or occurrence of cancers such as prostate cancer, breast cancer, and ovarian cancer.

Green tea may help lower the risk of cancer, but it is not an actual cancer treatment. Most research demonstrates that results are dependent on moderate to high doses of green tea. Green tea must also be consumed regularly to achieve these results.

Green tea may help protect the brain from neurological diseases such as Alzheimer's disease and Parkinson's disease. Some studies have shown that green tea slows memory regression and can even improve memory recall. Green tea may also improve spatial cognition and increase the brain's ability to process new information at an older age.

Green tea has anti-inflammatory properties that reduce swelling in arteries and improve circulation through blood vessels. A study published by the Diabetes and Metabolism Journal found that people who drank six cups of tea per day had a 33 percent lower risk of developing Type 2 Diabetes. Other studies showed positive diabetic effects with just two cups of green tea per day (4).

Green tea is safe when consumed in moderation. Experts recommend limiting green tea consumption to five or six cups per day. Most negative side effects are caused by the caffeine present in green tea.

Green tea may increase acid in the stomach thanks to compounds known as tannins. Too much acid in your stomach can cause digestive problems, cramps, and acid reflux.

This typically occurs when green tea is consumed in excessive amounts or when it is brewed with water that is too hot. To avoid this side effect, brew green tea with water between 150 and 180 F. It's also recommended to drink green tea with food and not on an empty stomach.

Since green tea contains caffeine it has a mild laxative effect. Consuming too much green tea can cause diarrhea. People with irritable bowel syndrome should avoid green tea.

The caffeine in green tea may cause headaches if you are sensitive to caffeine. Avoid drinking green tea every day if you suffer from chronic headaches or migraines.

Green tea contains l-theanine and caffeine—two compounds that are great for boosting energy, but not so great for sleep. The mild amount of caffeine in green tea may keep you awake if you drink it right before bed. We recommend drinking green tea no later than 5 hours before bedtime to avoid altering sleep patterns.

Green tea contains compounds such as tannins and caffeine that have been linked to increased risks during pregnancy. Caffeine can be passed through breast milk so consumption should be monitored. Experts recommend drinking no more than two cups of green tea per day when pregnant or nursing.

Green tea leaves are harvested by hand and transported immediately to an on-site processing facility. Here, the leaves are withered in sunlight to reduce moisture content. The leaves are then pan fired or steamed at high temperatures to induce drying. During the drying process, tea masters roll the leaves into pearls or long twigs depending on the green tea varietal.

There are several varieties of Chinese green tea, but we'll go over a few of them here briefly.

The most popular type of Chinese green tea is Longjing, also known as Dragonwell. Long Jing green teas are considered premium quality and tend to be pricier than other green teas. The tea leaves for Long Jing are harvested only once per year.

This green tea features a jade green color when brewed. It offers a nutty and vegetal flavor with a smooth finish. When the loose leaf tea is infused in hot water, it emits a bold, slightly minty flavor.

In Japan, a process of steaming rather than roasting or pan firing is used to dry green tea leaves. In Japan, some green teas are shade grown for the last few weeks before harvest. This helps preserve chlorophyll that gives these teas a vibrant green hue.

Matcha is created when green tea leaves are stone ground into a fine powder. Matcha green tea is considered one of the healthiest green tea because the entire leaf is consumed by tea drinkers. The beverage is commonly brewed as a matcha latte or traditionally according to principles of the Japanese tea ceremony.

Sencha green tea is cultivated in the Shizuoka province of Japan. It is the most popular Japanese green tea and is often the beverage you'll find in restaurants and cafes. Sencha leaves are usually needle shaped and feature a nutty, fruity flavor.

There are several different types of sencha including gyokuro, asamushi, chumushi, fukamushi, and uji sencha. Gyokuro is the most exported green tea from Japan and features an emerald green color. It has a rich body and satiny feel with savory and sweet flavors.

Another popular Japanese green tea is genmaicha. This green tea blends tea leaves with roasted rice kernels. The result is a roasted flavor that is full-bodied and hearty. Genmaicha green tea is beloved by people who enjoy robust flavors and can be used as a replacement for coffee.

It's no accident that green tea is one of the most popular beverages in the world. The wide range of flavors with hints of grass and seaweed to fruity and floral notes makes the beverage suitable for all tastes. Its health benefits are astounding and drinking just one cup a day can help boost overall health. Unearth new flavors and discover the joy of drinking tea with green tea. 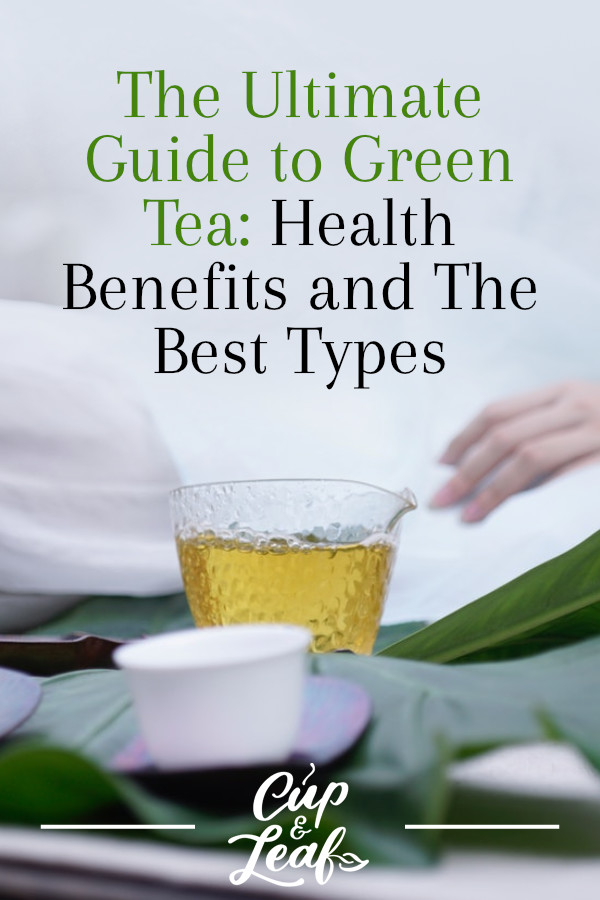 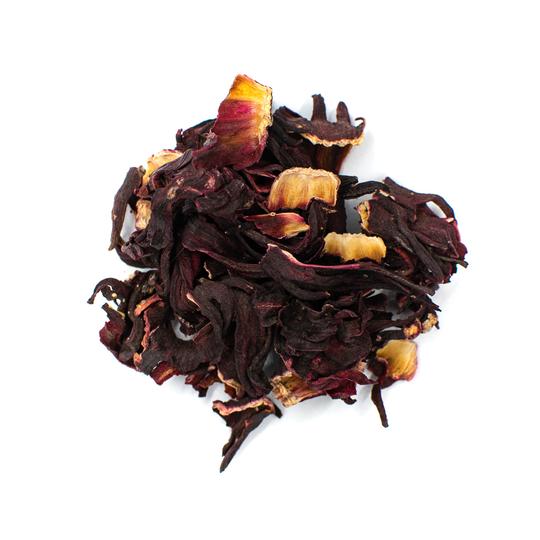 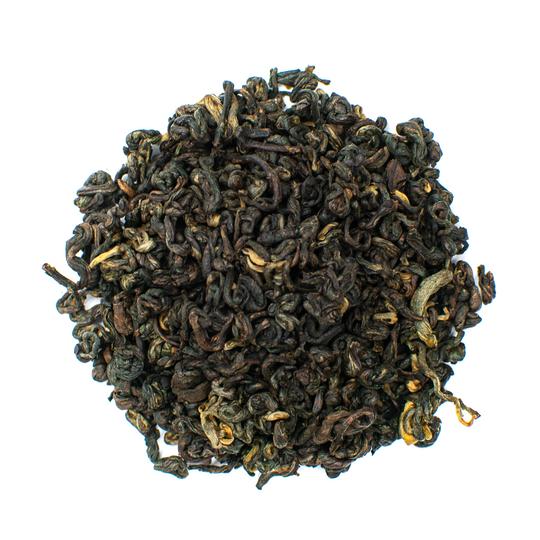 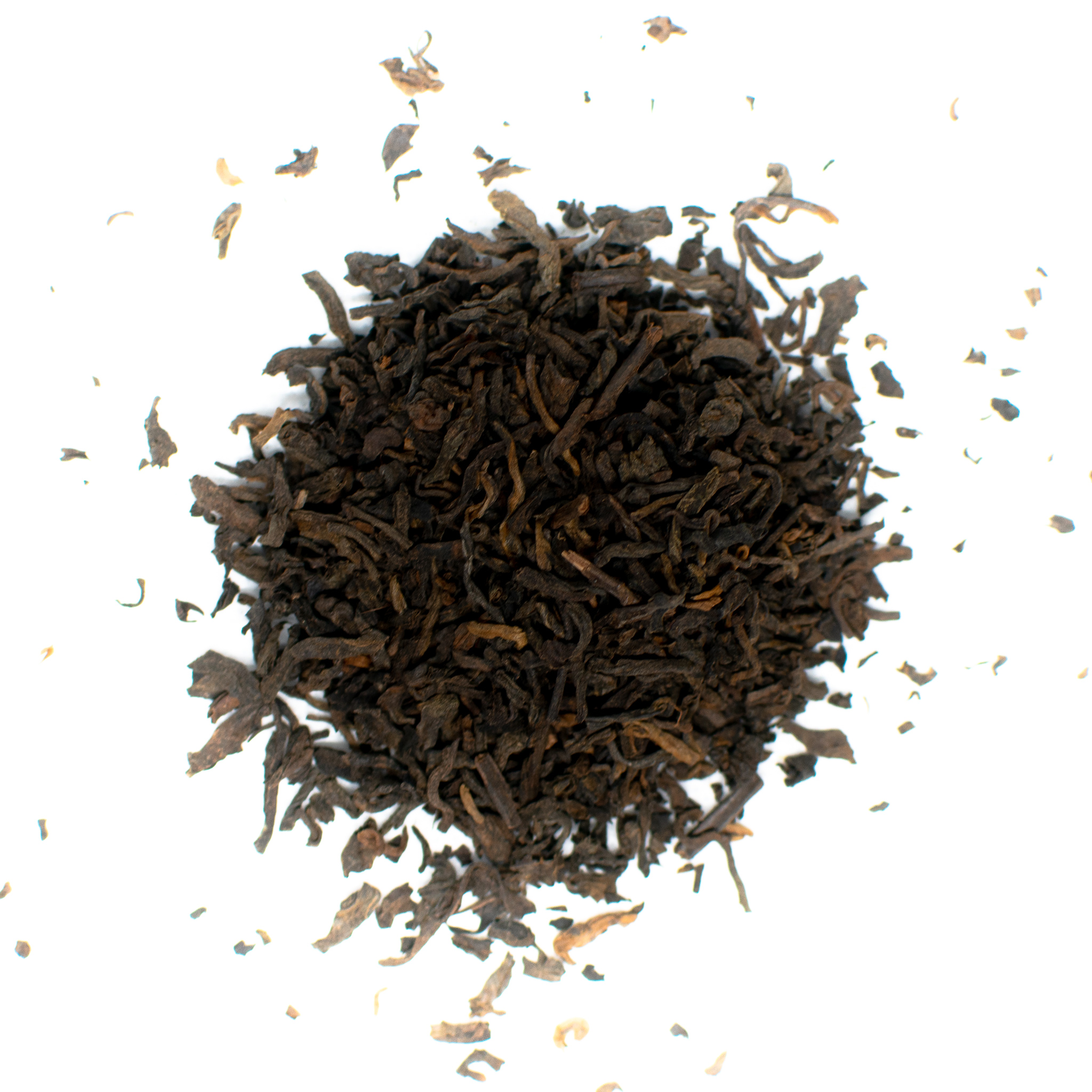 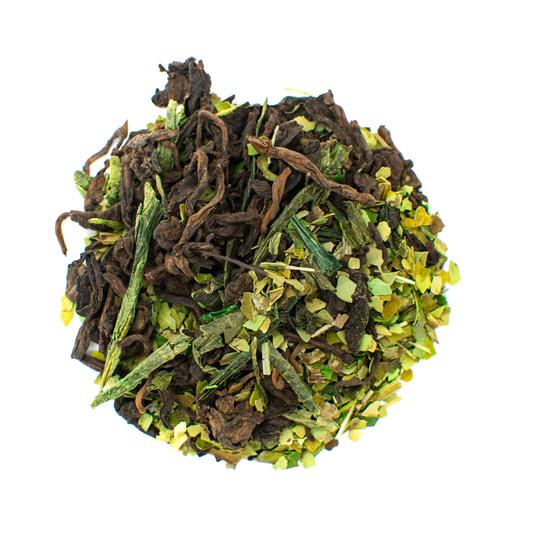 Read on to find out more about this exquisite stone-ground tea.

9 Jasmine Tea Benefits for Your Health

With a delicious flavor profile that is anything but boring, jasmine tea has a lot to offer. Adding jasmine tea into your regimen with just a cup or two a day can help you live a healthy, happy lifestyle. Discover the fascinating origins, taste profile and health benefits of jasmine tea.

How to Make Green Tea Taste Good: Beat Bitter Flavors With These 8 Tips

If you've tried green tea and find the flavor biting, you're probably making it wrong. Here are 8 tips for how to make green tea taste good.